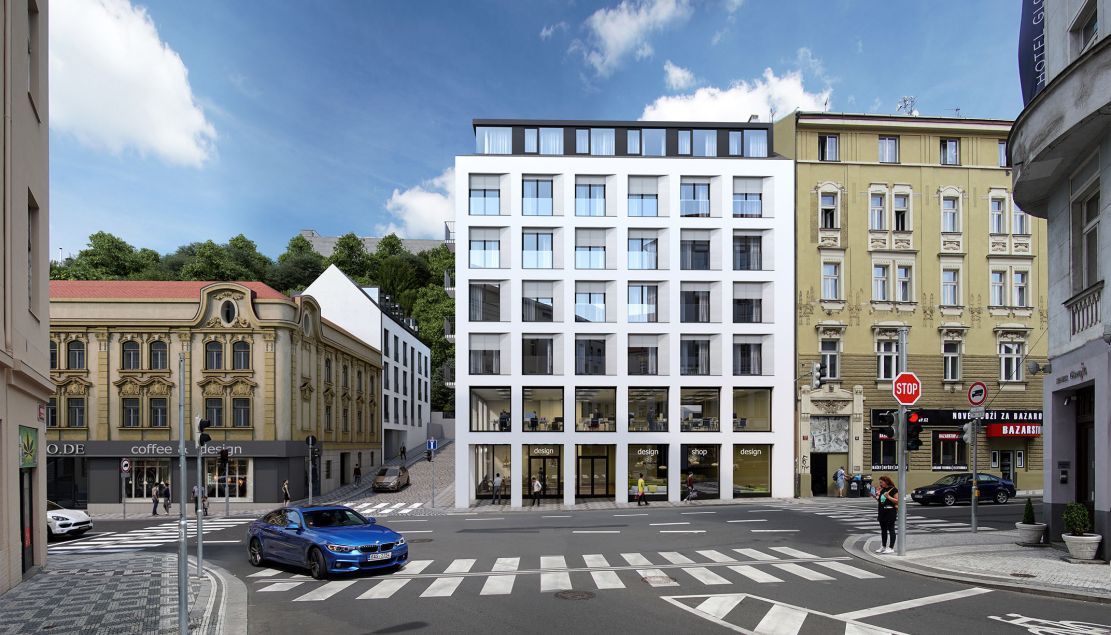 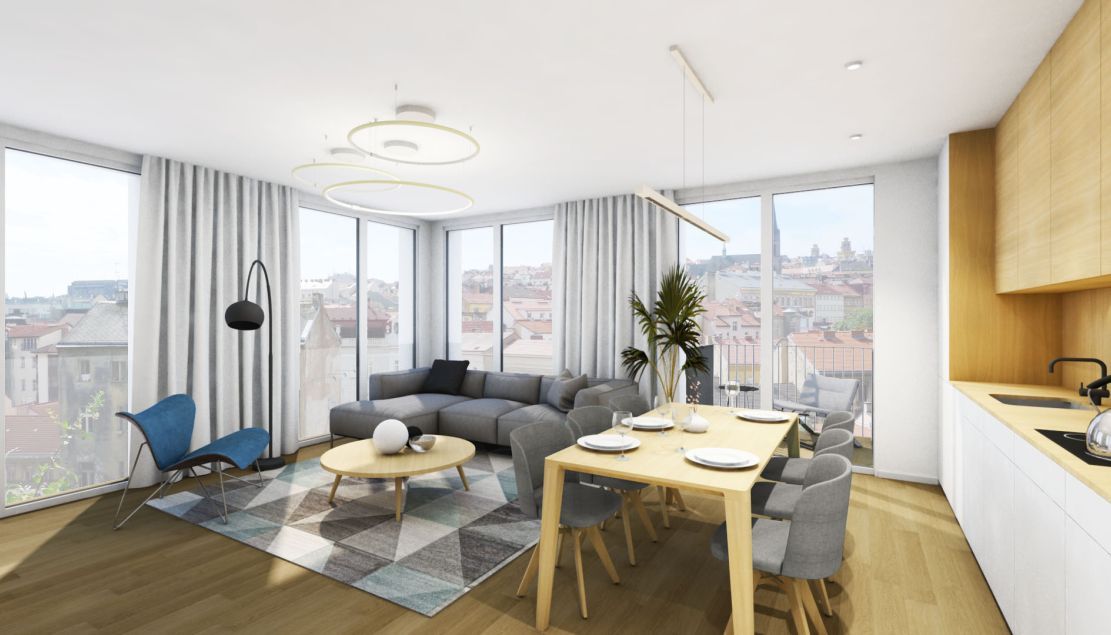 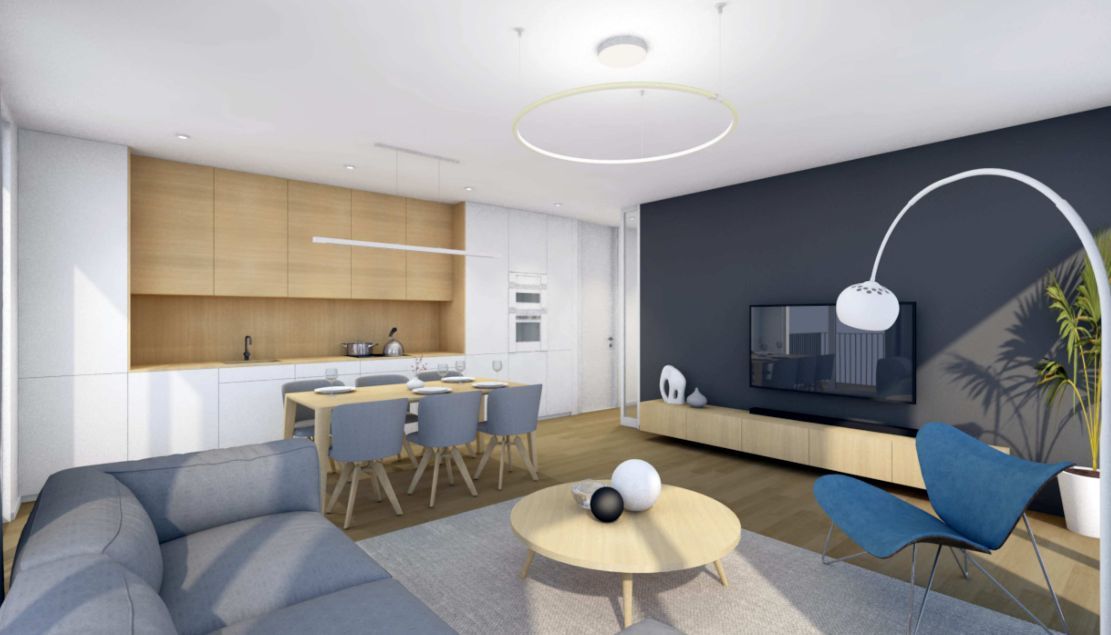 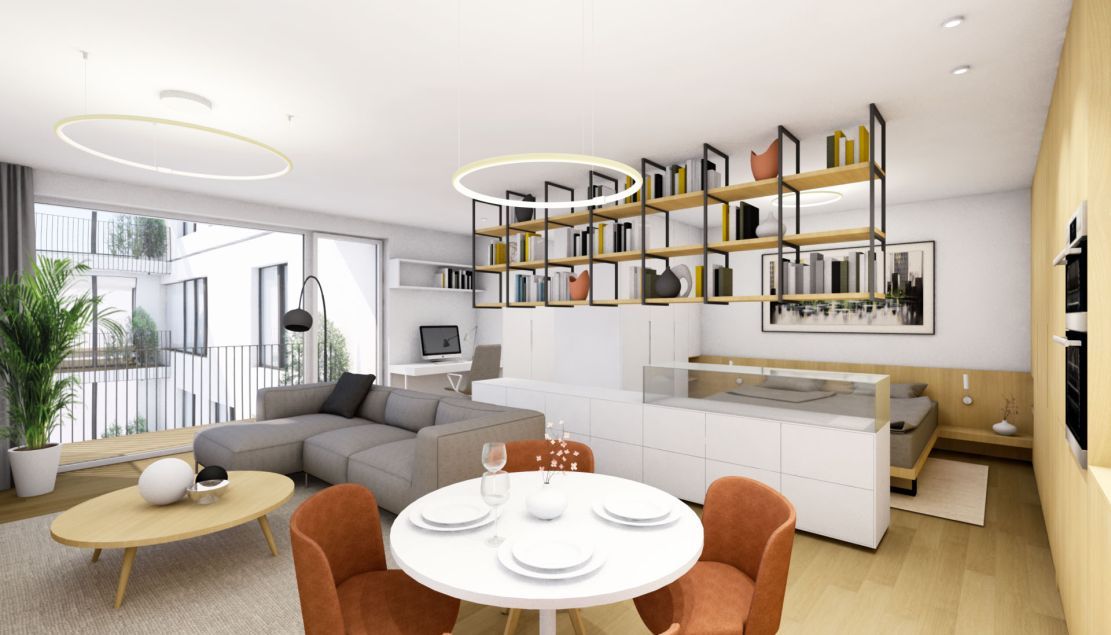 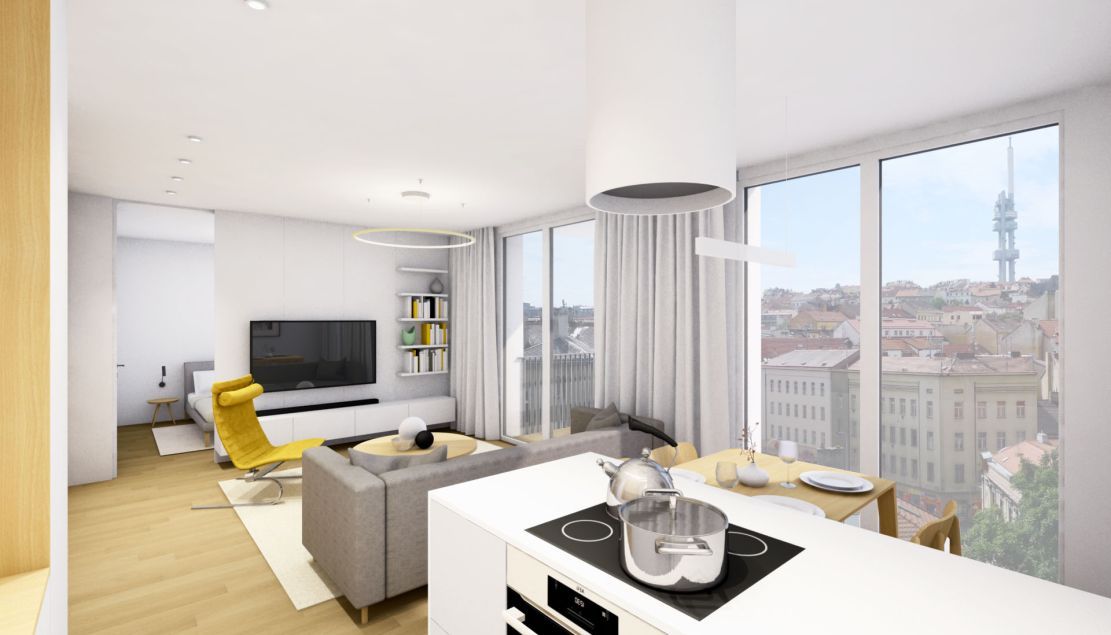 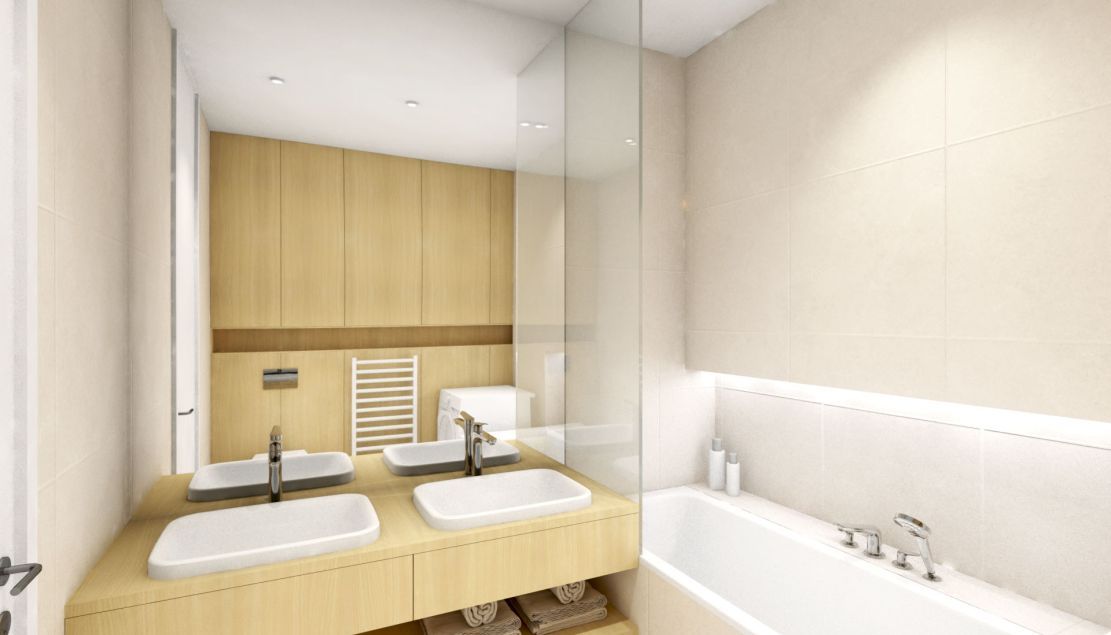 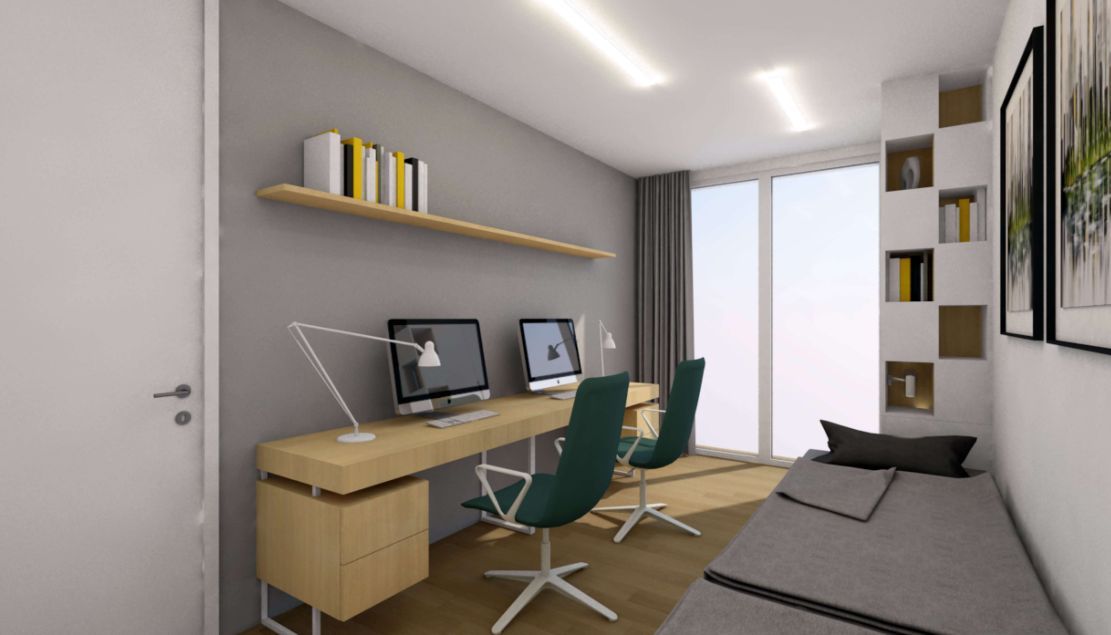 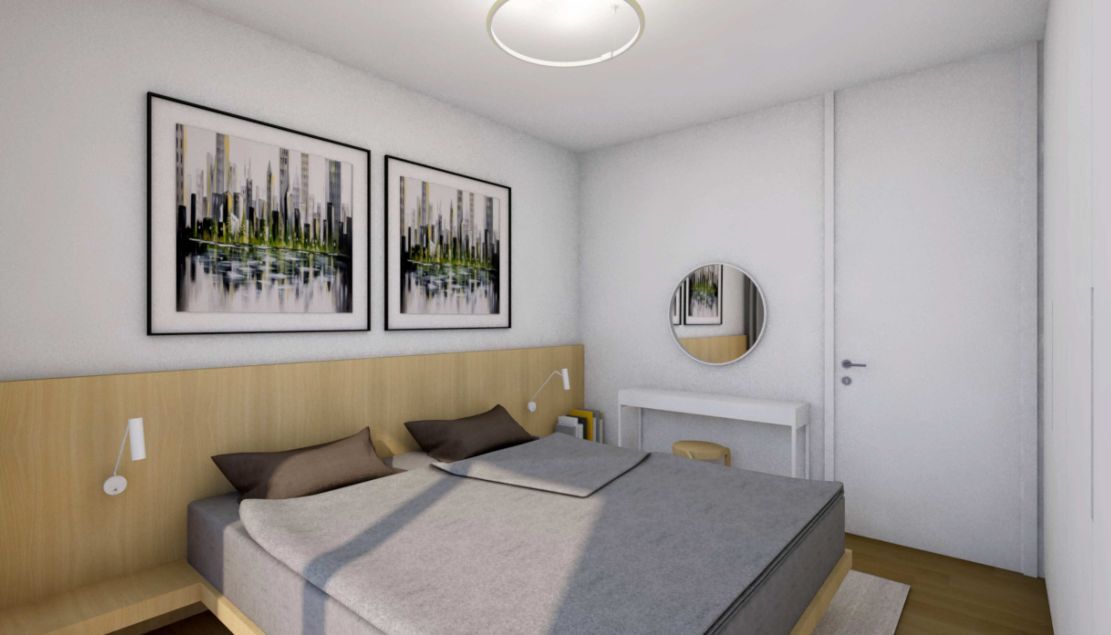 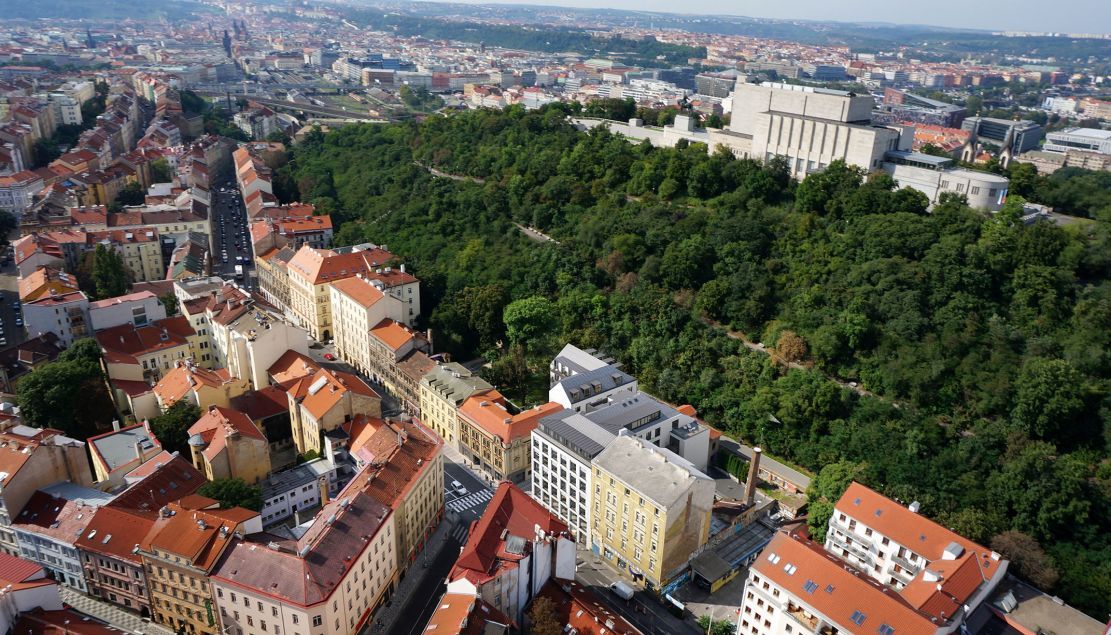 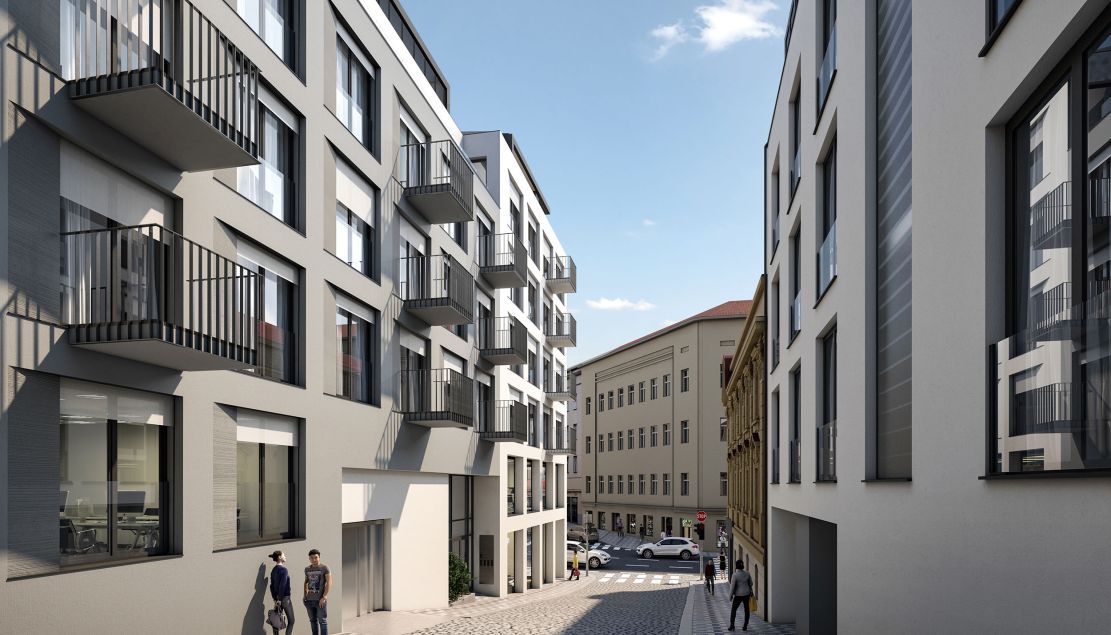 The VITKOVIA CENTRUM multifunctional building is situated in Prague 3, in the heart of the old Žižkov district, right next to Vítkov Park. The modern architecture sensitively corresponds to the surrounding historic buildings, which it enriches with modern elements, creating a harmonious whole. By respecting the street and courtyard lines, a small courtyard - an atrium - was created in the middle of the building. The building has 6 above-ground floors and an attic. It is located at the intersection of Husitská, Pod Vítkovem and Prokopova streets, where it is divided by the colour of the façades into two parts that respect the urban scale and refer to the original division of the plots. This building is vertically divided into three main functions. The first two floors will house commercial space, while apartments and studios of various sizes will be located from the third floor.

On the ground floor there are commercial and rental units, which are directly accessible from Husitská. The units are visually connected to the exterior by generous shopfronts and an arcade located at the corner of the building. The solution is flexible and allows the space to be divided according to tenants' requirements into several separate units. The main entrance to the building and the entrance to the rest of the building is from Pod Vítkovem. Office space is proposed on the second floor. The whole floor can be divided into smaller separate units or left as one large space. The commercial and office space is executed as shell and core and will be finished to the end user’s standard. The entrance and common areas will be designed as a representative modern design space.

Starting from the third floor, there are a total of 31 apartments and studios of various sizes, from bedsits with their own bathroom to four-bedroom apartments. The apartments are designed according to the current requirements for living, the dominant space in each apartment is a large living room, which is connected to the kitchen. The largest apartments are on the top floors, where there will be a breathtaking view of old Žižkov from one side, from the other side towards Vítkov there will be views of green space and the centre of Prague. Most apartments have a balcony or terrace. The apartments will be designed to a high standard, which includes quality floors and tiles, sanitary items of high quality, wood-aluminium windows, French windows, etc.

There are two floors of underground garages in the building’s basement. The building includes a room for storage of bicycles and strollers. In addition, the basement contains storage spaces for individual housing units and building technology.

Thanks to our long experience and knowledge of (not only) Prague’s real estate market, we can find a property that is exactly what you want. We are ready to help you both with purchasing and with all the requisites that are related to it. Get in touch with us. 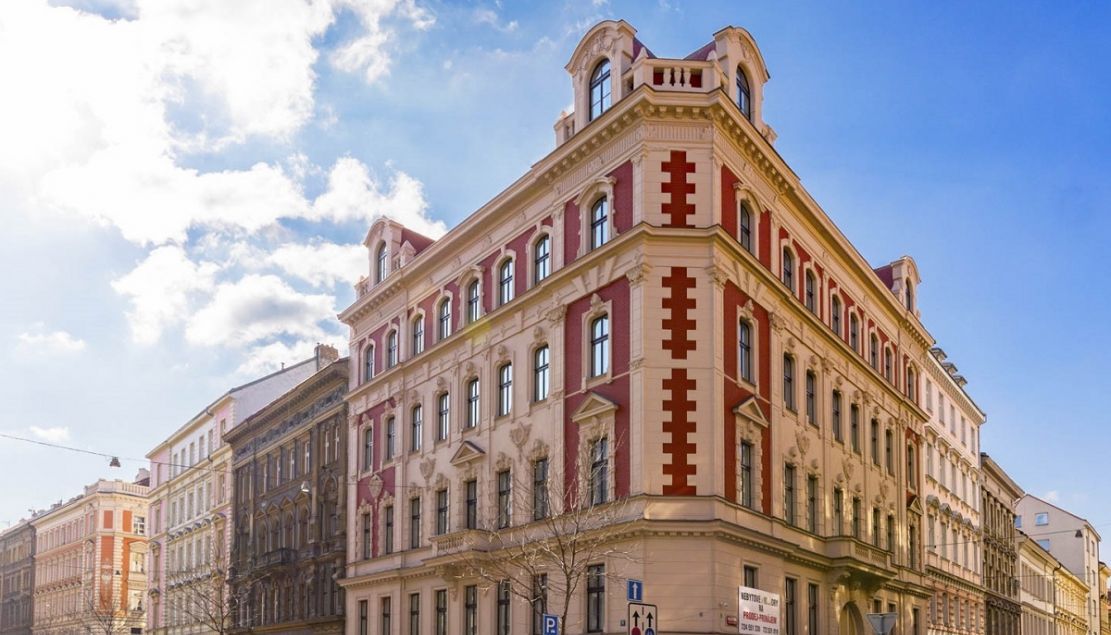 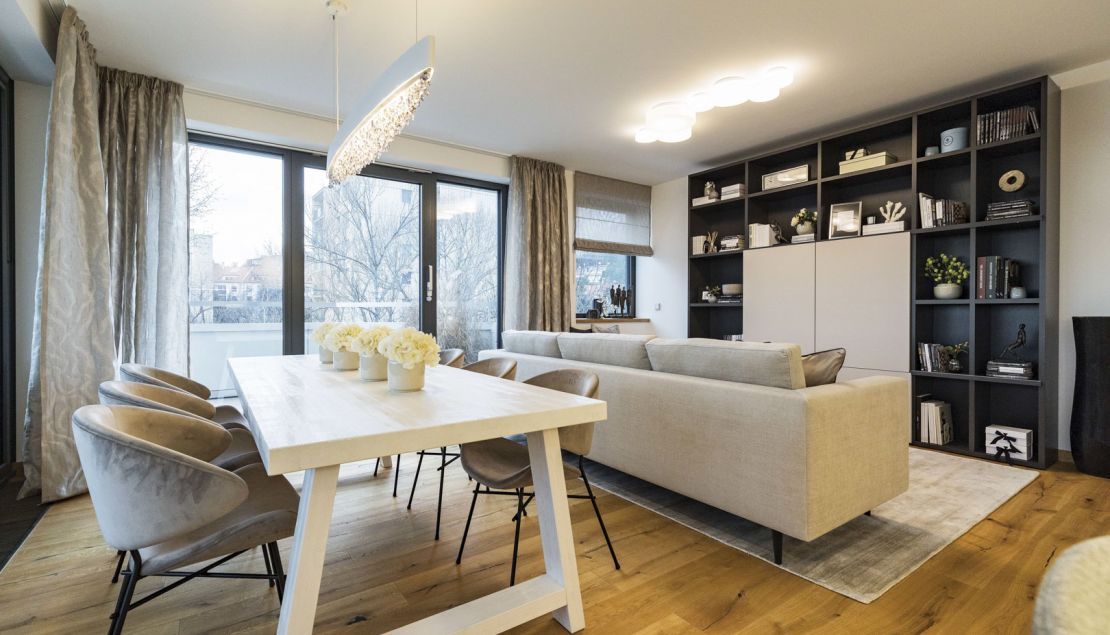 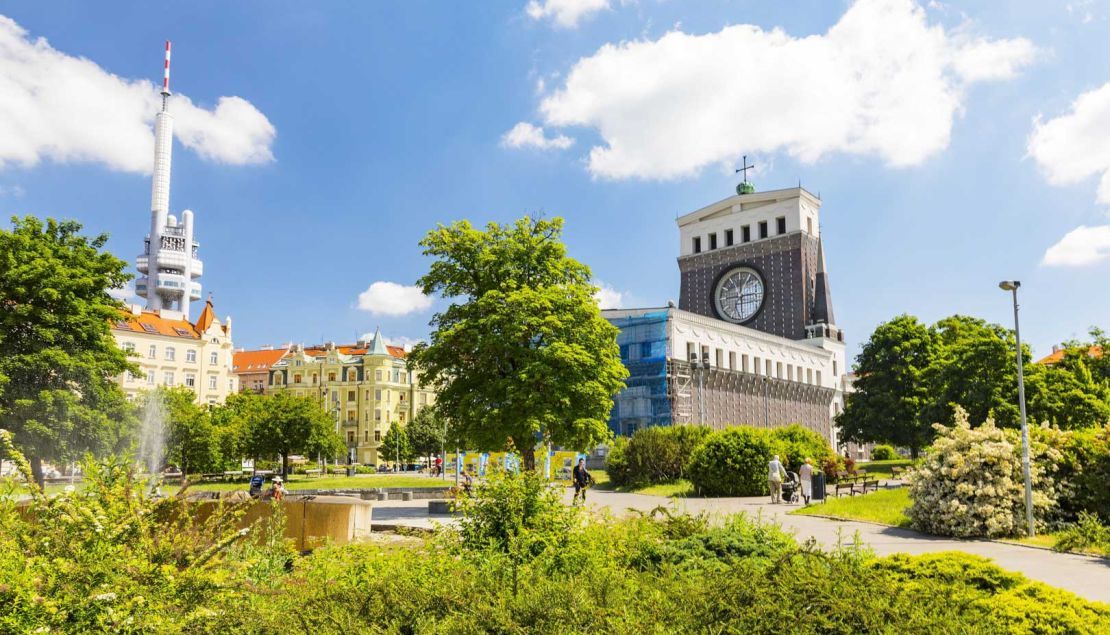 I am searching for:

Make it easier to find a new home, receive regular news about current offers and find your way around the real estate market.